About Given Life Ministries

Given Life Ministries was founded originally as an “online preaching website”, a place where I could share the things that God has taught me. Today, it still achieves that goal, but God has grown the scope of the ministry immensely, and what I thought was a “cool idea”, has grown into a worldwide ministry. I’m Jonathan Fashbaugh. It is my passion to use “Internet marketing” to spread the good news of the abundant life that God has given us. I have spent my career helping to spread the news of my clients’ businesses on the Internet and through the years, God has made it clear to me that he has given me these skills to spread a message that is much more worthwhile with eternal benefits.

When I was a teenager, I jumped at the opportunity to go on a missions trip to Reynosa, Mexico. 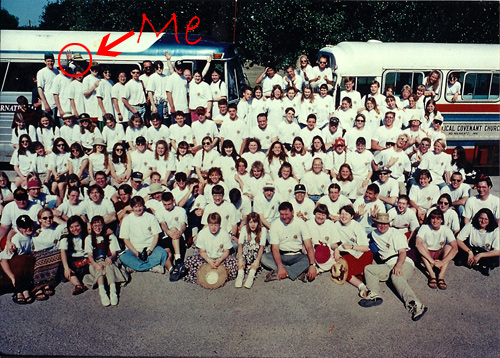 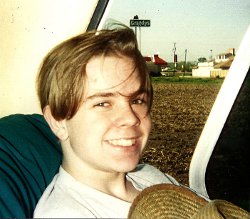 I was in the thralls of adolescent rebellion and was eager for independence, so a trip across the border seemed like a good idea…and if I could help some people, that would be good too. I bought a wide-brimmed straw hat and hopped on a bus with a group from my church. While I was there, God moved in my heart and I realized that the world was much larger than I had ever previously imagined. Up until then, as far as I was concerned, the world ceased to exist beyond what I could see, and the needs of people in other countries wasn’t something that I had given much thought to. During that trip, I dedicated my life to missions work. I was sincere in the prayer that I prayed, offering my life to the Lord to use as he willed for the purpose of spreading his Gospel.

When I arrived back home in Duluth, Minnesota, it wasn’t long before I let the angst of high school, a keen interest in girls, as well as bouts of depression take my eyes off of God. I was passionate about serving as a camp counselor in the Summer time, but I sort of took off the “Christian uniform” during the year – not intentionally, but it always seemed to happen that way. Then I graduated high school and moved down to Orlando, Florida shortly after to attend film school. There I met the two loves of my life: my wife, and Photoshop. 😉

Amanda and I were the only two Christians in our class (that we knew of) and started dating after a while and got engaged three months later. In that time, I changed my degree focus from film to digital media arts. I graduated with an Associate of Science degree and we moved to Colorado to get married. We lived in Colorado for 20 years. During that time we welcomed 8 beautiful boys into the family via a mix of birth and adoption. We have since moved to Missouri.

In 2005, God was moving in my heart and planted the seed for Given Life Ministries. I was working at an Internet marketing company and was exploring the new field of search engine optimization. It occurred to me that this could be an amazing ministry tool. I bought the domain, givenlife.com, based on what would become our banner Bible verse, John 10:10. I built a basic website with a blog for prayer and within what seemed like days, the site shot to the first page of Google for the search phrase “Daily prayer”. For a time, I was writing an online prayer every day, but it wasn’t long after that when the enemy struck back.

I had suffered from seasonal depression even in high school, but my depression began to extend from the Fall into the Spring and started earlier and earlier every year until it was nearly constant. I also started having disturbing images floating through my head that would make me feel ashamed of myself. I would think, “What kind of person thinks of these things?” I finally had to seek medical help and started down a cycle of medication, improvement, decline, and more medication, etc. Our marriage was strained to say the least as my wife struggled to balance caring for our children as well as a husband who would sometimes spend half of the day in bed weeping.

In 2010, I left the Internet marketing company that I was working with and started my own company, and God started working to move us from Denver up to the Loveland/Fort Collins area. While preparing our condo in Denver to rent out, God did an amazing miracle and healed me of my mental illness. That was in August 2010, and I have been symptom free without any medication ever since! This experience totally changed our lives as you might imagine, and God reignited my passion for missions and Given Life Ministries. 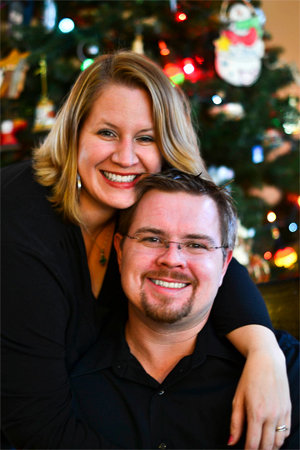 God has equipped and impassioned our ministry to reach out to people online who are hungry for more of God. Whether they know Jesus or not, our goal is to minister to them by providing content that meets them in their current need. A Christian may be struggling with pride may go to Google and type in “how to get rid of pride christian” or something along those lines and come across one of our messages that can help them walk through the process of surrendering pride to God.

Other people are specifically looking for prayer. We offer a means of getting prayer online. Our goal is to foster a global community of prayer where people can pray for each other and encourage one another. People frequently perform searches online like “prayer for migraine headaches” and come across prayers that we have posted. They can then join in prayer with us or submit their own prayer request. In this way, we can leverage search engine optimization, a marketing strategy that businesses use to grow their numbers, to grow the numbers of the Kingdom and to encourage our brothers and sister in Christ to grow closer to Jesus.

Thank you for visiting givenlife.com and thank you for your support, be it financial or in prayer, or both!