Surely Someone Is To Blame…

I’ve been contemplating lately whether the instinct of self-preservation is a godly attribute or something that I should learn to shed as a vestige of my old, dead sin nature. I just can’t think of an instance where Jesus modeled self-preservation. He taught that we should turn the other cheek. When Peter chopped the ear off of a Roman soldier, Jesus admonished him and said, “Don’t you think I could call down twelve legions of angels if I wanted to?” (paraphrased from Matthew 26:53). Jesus seemed to really roll with the punches, letting his Heavenly Father protect him; depending on his calling to guide him. I find that I seem to operate very differently. 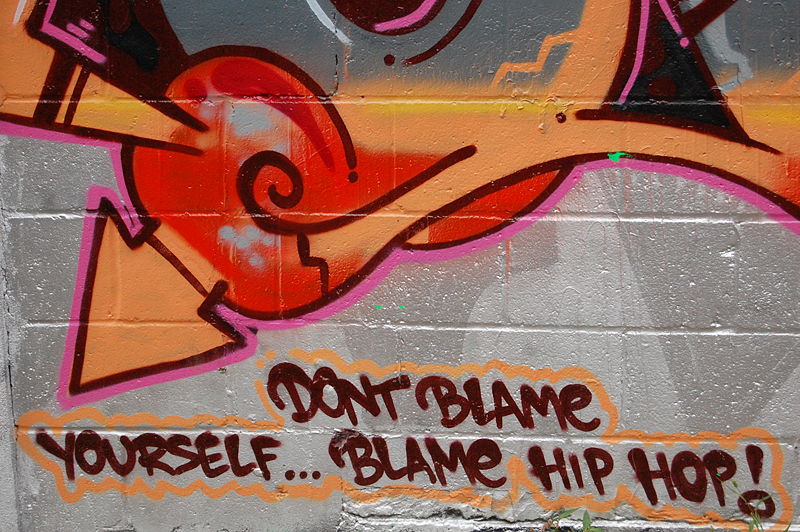 They’re All Out To Get You

I wouldn’t say that I’m paranoid, but I frequently operate out of fear- probably more than I realize. It’s easier to look around us nervously, searching for the latest threat on the horizon, but when that is our primary focus, we miss out on the blessings that are all around us. We become obsessed with finding out who is to blame for all of our problems, and when we can’t figure out who’s to blame, we tend to either tear ourselves down for not having prevented them, or we get mad at God…or maybe the devil. In either case, this kind of thought life isn’t productive.

I’m not saying that we should just throw caution to the wind and live like crazy people who don’t deal with the consequences of our actions, but fear can warp our minds. We can become convinced that we are doomed to have bad things happen to us, and allow ourselves to be swallowed up by hopelessness. That’s not how God wants us to live.

I read this article the other day with the headline: Shocking Connection: 97% of all Terminal Cancer Patients Previously Had This Dental Procedure…. I can’t help but voice my irritation at how the author manipulates people into reading the article by using such a twisted statistic as a headline. The article later reads, “There may also be a cancer connection,” (I added the emphasis on ‘may’) and we come to find out that now, .

Now, I happen to know that gum disease has been linked to all sorts of nasty health conditions, but the “Shocking Connection” article would seem to have us all have our teeth pulled every time we get a tooth ache. That’s just fear and stupid gone to seed IMHO. And yet, I’m sure some people are trying to figure out whether or not they can sue their dead spouse’s dentist for performing a root canal because their pain and fear has convinced them that surely someone has to be to blame for the terrible tragedy that they went through. That’s a lie that will only lead to more emptiness.

A Lack of Trust

I catch myself agonizing over choices that really don’t need to be a big deal, but I feel compelled to strategize in order to prevent things from going wrong. I get frustrated when problems arise in my house that could have been prevented if we didn’t just use a little more forethought. Then, when I take a deep breath and try to look at the circumstances from an eternal perspective, I realize, “This really isn’t a major issue.”

He is so right. (Go figure. He’s God.) I need to learn to trust him no matter what. He is God of the Universe and the lover of my soul. No matter what, he will never abandon me (Deut 31:6). And really, at the root of my fear is pride. I’m still trying to white-knuckle it through life; trying to think my way to worldly success rather than loving my way to eternal treasure in Heaven. Until I give my pride to God and embrace trusting him, I’ll still be looking for some one or some thing to blame for my problems, and looking for the next calamity that threatens to ruin my little life down the road. I am a work in progress, and I’m all yours, Jesus!

About the Author
Jonathan Fashbaugh is an Internet marketing consultant and online minister. He dedicated his life to missions during a missions trip to Mexico when he was in high school. The missions field that God has called him to just happens to be the Internet. He is passionate about fostering unity on the Internet rather than division. Learn more about Jonathan and Given Life Ministries here, or connect with him on Facebook, Twitter, or Pinterest.
Social Share

Prayer to Know the Difference Between Judgment and Discernment

The Gardens of Our Lives