I used to see the bumper sticker below and get my religious underwear all in a bunch. I didn’t like seeing the Cross of Christ put alongside other religious symbols, and I thought that the insinuation was that we should all compromise and say that all of our religious philosophies are equally right in some Universalist way. Well, I’ve since changed my thinking and my understanding of what coexistence means, what Universalism is, and what I believe Jesus thinks about this bumper sticker.

Coexistence means simply existing together. Jesus didn’t come to the world in order to wipe out anyone who didn’t follow him. Instead, he mingled with prostitutes and other “undesirables” of the day. He even showed the leaders of the temple respect when they tried to catch him with a ‘gotcha’ or just flat out called him a liar. The only time he showed anger was when a synagogue that he entered had strayed from the focus of worshiping His father and was instead focused on commerce.

Why can’t Christians show love and respect to people like Jesus did? When Jesus washed the feet of his disciples, he told them that this was the example of how they should treat others. This wasn’t a religious ceremony. It was an interactive learning experience for the disciples and for us to learn from later. Jesus showed his humility be washing the filthy, stinking feet of 12 men who were murders, thieves, and other kinds of reprobates, one of whom was about to betray Jesus to the authorities, resulting in his crucifixion. He knew about all of their flaws, past and present, and still acted in humility and love.

If Jesus can do that, why can’t we simply be civil when we interact with non-Christians? Are Christians walking in love when they share things like this on their Facebook pages? 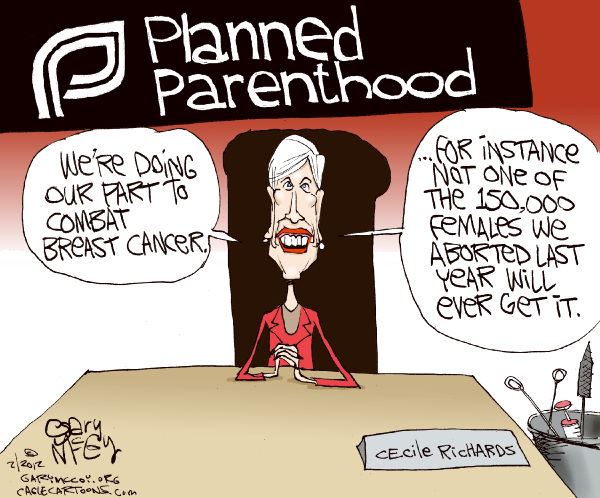 I found this cartoon shared on the Facebook page of a conservative, “family” organization with the encouragement, “Keep sharing and commenting!”

This kind of thing is hurtful, inflammatory, and divisive. It does nothing to encourage respectful discussion through which the Holy Spirit can work. The cartoonist has every right to express himself through his art, but Christians don’t need to use things like this to try to make a point. It merely reinforces the idea that Christians are a bunch of insensitive hatemongers.

Words like coexistence and tolerance tend to get some Christians riled up because they believe that Jesus is the way the truth and the life and anything else is wrong. I agree that Jesus is the key to a better life and eternal salvation, but I don’t agree to the way many Christians react to the mere existence of ideas that are contrary to their faith.

Why should the fact that someone disagrees with my faith make me angry? You might say, “Yeah, but they are trying to take away my religious freedoms and to spread evil in my beloved nation/city/school!” To that, I have to reply, ‘Whoa, slow down there! Who is they?’

What is Universalism? Pluralism?

I can’t write an entire history of these ideas, but pluralism is really what a lot of Christians think of as Universalism. Universalism is actually a little different. Pluralism says that every religious faith is right and that there is no wrong spiritual belief. I see this as a contradiction for many faiths. I can’t believe that other faiths are right if I believe the Bible is true. The Bible says that Jesus is the key to abundant life on Earth and to eternal salvation after death or when he comes back.

However, just because I don’t believe that other faiths are right, doesn’t mean that I can’t coexist with these people. Also, I don’t need them to believe that I am right in order for them to feel the love of Christ shining through me. I can vote my conscience, abide by the law, and live like Jesus did and hope that other people choose to coexist with me as well.

What if the world chooses not to coexist with us as Christians? This reminds me of what I tell my three little boys all the time, “Don’t worry about what your brothers are doing. You don’t control your brothers. You control you.” Jesus taught us to turn the other cheek, to walk in love, and he even healed one of the soldiers who was leading him off to his eventual death on the cross.

I will defend my family if ever someone tries to hurt them, but if I am going to be mocked for being a Christian, so be it. If the country is ruled by a person or group of people who don’t have the same beliefs as I do, I know my God is still sovereign and has a plan, and I will respect the authority of those rulers. I refuse to return mockery or political propaganda with hatred because I know that my good and gracious God wouldn’t be happy with that reaction.

The Incredible Reach of the Modern Christian

Thanks to social media and other modern types of communication, Christians can do a lot of damage to the world’s understanding of what a Christian looks like. On the flipside, we have an incredible opportunity to share the love of Jesus like no other time in the history of the world. We need to love better and more constantly. We need to go beyond coexistence and tolerance and move into acceptance.

There’s another hot-button word in the Christian world. “How can we accept gays {insert your Christian bugaboo here} in the church?!”, you might say, “We’ll be accepting their sin!”

Christians love to quote Romans 6:23 when trying to evangelize…

Romans 6:23 For the wages of sin is death, but the free gift of God is eternal life in Christ Jesus our Lord.

We fixate on “the wages of sin is death”, and we run like roaches from a can of Raid when we think about sin entering the church, so we take that free gift from God and put a huge pricetag on it as a sort of barrier to entry to protect our Christian church from “undesirables”. We want people to change the way that they live before we welcome them so that they can encounter Jesus. This makes no sense. We need to remember that we are just as undesirable from a sin perspective, and that God loved us before we “got our acts together”.

Romans 5:8 But God demonstrates His own love toward us, in that while we were yet sinners, Christ died for us.

We need to get real. We’re not perfect when we live by our own strength. It’s only by God’s grace that we’ve been freed from sin, and until we stop shouting at the world that they need to “Get right” and stop doing/believing X, Y, and Z, the world will continue to find Christians to be a delusional mess of hypocrites.

We need to go from this… 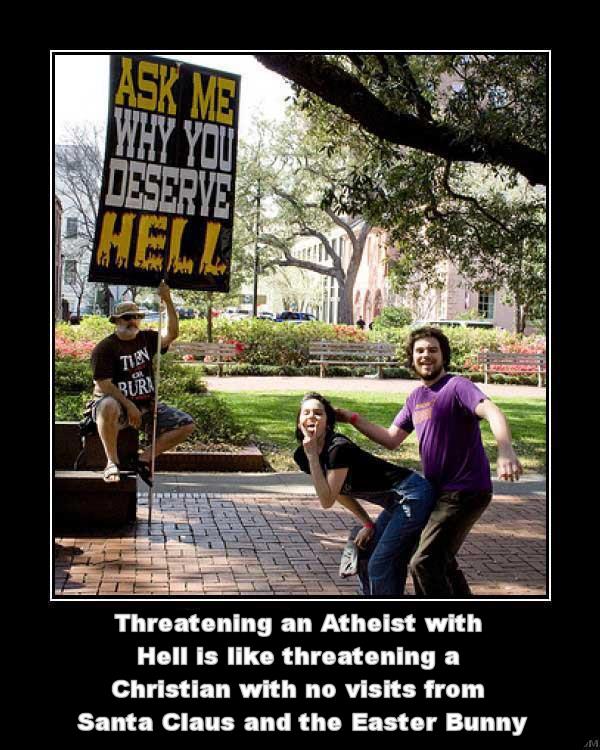 [Note: I apologize if this offends some of you. I didn’t create this, but it’s symptomatic of the broken method of communication between Christians and the unbelieving children of God.]

Video by the Free Hugs Campaign.

About the Author
Jonathan Fashbaugh is an Internet marketing consultant and online minister. He dedicated his life to missions during a missions trip to Mexico when he was in high school. The missions field that God has called him to just happens to be the Internet. He is passionate about fostering unity on the Internet rather than division. Learn more about Jonathan and Given Life Ministries here, or connect with him on Facebook, Twitter, or Pinterest.
Social Share
2 Comments