Do not despair. God is in control, and he has placed President Obama in power. If that tweaks your jaws a little and you want proof, simply read Romans 13…

Romans 13:1-2 NLT Everyone must submit to governing authorities. For all authority comes from God, and those in positions of authority have been placed there by God. (2) So anyone who rebels against authority is rebelling against what God has instituted, and they will be punished. 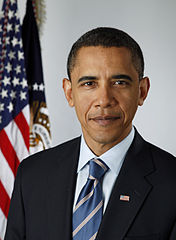 It is rebellion to swear off Barack Obama as president of the United States of America. You don’t have to agree with what he stands for or what he does while he is in power, but we do need to respect his authority.

It’s also a good time for a spiritual gut check. If your heart is filled with despair because of the election results, is it because your hope is in the government or a man named Mitt Romney, and not God?

If you are a follower of Jesus, then your hope should be in God, and regardless of the outcome of this election or any future election, we know that God the Father is the one and only sovereign power in the Universe and that we have eternity with him to look forward to. Now would be a great time to refocus your faith in the Lord and tap into his joy and peace that surpasses understanding.

Lastly, now’s also a good time to practice turning the other cheek and choosing the narrow path. Today you will have all kinds of opportunities to get mad and spout off stuff that you shouldn’t say. If someone says something that you find antagonistic in nature, don’t take that bait. Don’t respond in a passive-aggressive manner either. Go by the old adage, “If you can’t say something nice, don’t say anything at all.” Or, if you would rather follow a Biblical principle…

Matthew 5:41-46 NIV If anyone forces you to go one mile, go with them two miles. (42) Give to the one who asks you, and do not turn away from the one who wants to borrow from you. (43) “You have heard that it was said, ‘Love your neighbor and hate your enemy.’ (44) But I tell you, love your enemies and pray for those who persecute you, (45) that you may be children of your Father in heaven. He causes his sun to rise on the evil and the good, and sends rain on the righteous and the unrighteous. (46) If you love those who love you, what reward will you get? Are not even the tax collectors doing that?

Our nation needs greater unity, and a bunch of scared/angry Christians who aren’t acting very Christ-like aren’t going to bring about that unity. We need to walk in love!

About the Author
Jonathan Fashbaugh is an Internet marketing consultant and online minister. He dedicated his life to missions during a missions trip to Mexico when he was in high school. The missions field that God has called him to just happens to be the Internet. He is passionate about fostering unity on the Internet rather than division. Learn more about Jonathan and Given Life Ministries here, or connect with him on Google+, or Facebook, Twitter, or Pinterest.
Social Share

Who Do You Think You Are?
What To Do When You're Struggling With Your Faith