I’ve been told by some friends and family members who happen to be teachers that if I were a kid going to school now, I would probably be diagnosed as having ADHD. I get distracted easily. I multitask to a stupid extent. If I’m not careful, I have trouble telling where my to-do list ends and my procrastination list begins.

In just about every area of my life, I can point to something that began as a “Squirrel!” moment and either has fallen by the wayside or turned into something awesome. In the Christian walk, there are all sorts of things that threaten to distract us, to confuse us, and to cause us to lose sight of what God has called us to do while we’re on this planet. This message will likely be one of two or three messages about things that distract us from God’s perfect will for our lives.

New Levels Of Mediocrity (or Stardom)

If you live in a part of the world that has Internet access, chances are that you are exposed to some level of media influence. The major media outlets seem to think that it’s their job to tell us what we should value in life. Even if that’s not their goal, it’s a common side effect of consuming large quantities of mainstream media. Christian media also has a habit of focusing more on telling us how we should act than the amazing, unconditional love of God.

When we allow ourselves to be inundated with more media than God’s voice, our lives quickly get out of balance. We get distracted from God’s calling on our lives and decide that maybe we need to focus on accumulating wealth or worldly goods. We can become obsessed with the way we look, what kind of career we have, or finding the sexiest boyfriend or girlfriend (even if we’re married). 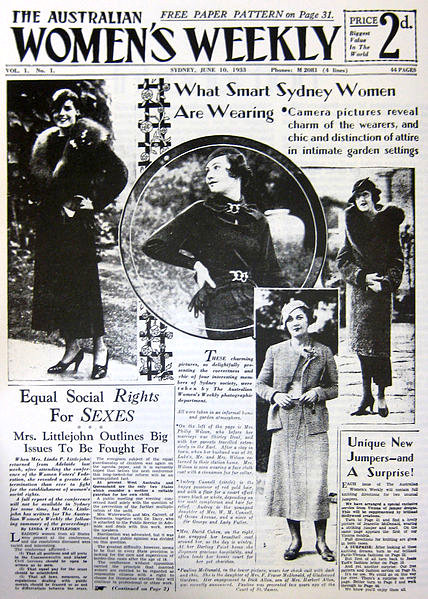 We may not get to the point where we’re purposely moving away from what God has given us, but our hearts become dissatisfied with our lack of the world’s stuff and overly-satisfied and complacent about the little bit of attention that we give to God. Instead of just judging others, we start judging others for the same inadequacies that we see in ourselves. “Hot or Not” becomes an exercise in not just judgment of others, but self-loathing as well.

People frequently read Philippians 4:8 and start to feel condemned about what they have been watching on TV or listening to when it comes to music. That’s not why Paul shared this advice with the church in Philippi. He was urging them to focus on Christ-like material so that they could become more Christ-like and not become distracted from who they really were; who God said they were.

When we focus on what the world is saying, we can lose sight of what God is saying: What He’s saying about us as individuals; what he’s telling us to do; what he’s cautioning us to avoid; how he sees the people around us, and much more.

“I Need To Read My Bible More”

When people realize that they need more of God, they frequently say, “I need to read my Bible more.” When I’ve heard people say that, they’re usually looking at the ground with dejection on their faces. They’re not looking forward to getting back into the Word because they’ve been around this block before: struggling to clock as much time with their nose in a book as they can before they get back to life.

This is not God’s plan for how we interact with the Bible because this is not the kind of relationship he wants with us. Jesus did not die to give us all spiritual text books. He died so that we could have an eternal relationship with him, and that relationship doesn’t start when we get to Heaven. He wants to spend quality time with us right now.

Jesus did not die to give us all spiritual text books.

Imagine if my beautiful wife, Amanda, said to me, “Honey, I want to spend more time with you,” and I said, “Okay, how about Saturday morning. I’m pretty busy until then.”

She probably wouldn’t be cool with that, but let’s say that she agreed. When Saturday morning rolls around, what if I pulled up a chair in front of her, sat down and just stared at her. She would probably try to talk to me for a minute or two, but if I didn’t respond, after a while, she would get frustrated. Even though I was in the room, without interacting with her, it’s not going to be quality time spent together.

God is the same way except that his patience is infinite. It hurts him to be in the same room with his beloved and to know that he or she feels miles away from him. God wants a relationship with us, and that starts with a heart intent.

When I met my wife for the first time, I didn’t say, “You look like an acceptable wife. Meet me at the church for the ceremony at 2pm today and be prepared to move in afterward. By the way, what’s your name?”

That would be ridiculous. We had to get to know each other first. We started by chatting in between classes at school and hanging out together in groups. Then we started dating, and only then did we start spending any extended amount of time together, and it wasn’t until we were married that we lived together.

I share that, not because I want to put any guilt or condemnation on anyone who’s living with someone before they’re married, but to say that I committed to spending my entire life with Amanda before we were living with each other day-in and day-out. If we started living together before I actually knew her, that would be awkward to say the least.

That’s why people who try to read the Bible to log reading hours usually find it to be a fruitless effort. They’re spending extended amounts of time face-to-face with someone who they have no relationship with.

Again, relationship starts with a heart intent: a desire to be closer out of fondness. Then it grows with an increasing understanding of who your intended love is. Without that understanding, you could make an observation of a person’s actions but not understand the motivation behind the action.

In the case of my wife, I could have noticed that she had a coffee maker in her kitchen and assumed that she loved coffee. I could have bought her bags of coffee beans, a grinder, $100 in Starbucks gift certificates, and a t-shirt that says, “If it’s not Colombian, it’s crap!” I could have done all of that and, while she would have appreciated the gesture, most of it would have been wasted because she mainly kept the coffee maker around for guests who drank coffee and to brew iced tea. I didn’t know that stuff until I spent time with her and got to know her.

In our relationship with God, it’s the same way. The words on the page can feel empty until we approach the Bible with the heart-knowledge that the Word is a love letter from our Beloved, and a purpose for reading that goes beyond learning a set of rules. The words become especially powerful when we read them with an understanding of who we are in Christ and that he loves us right now as much as he ever will.

To be clear, I’m not saying that you shouldn’t bother reading your Bible, but ease into it and don’t push yourself beyond what you feel comfortable with. Ingest the word in whatever form comes naturally for you. If you’re an avid reader anyway and reading the Bible just clicks for you, great. Maybe you like to read, but you can’t seem to get comfortable with the Bible. Then why not read some Christian books that have scripture worked into them with teaching.

If you’re into the Internet, then websites like Given Life might just be the ticket to whetting your appetite, or if you’re an audiophile like I am, dig into some spiritually juicy podcasts with the help of a podcast program. Videophiles should have no problem being fed either through television or on the Internet. 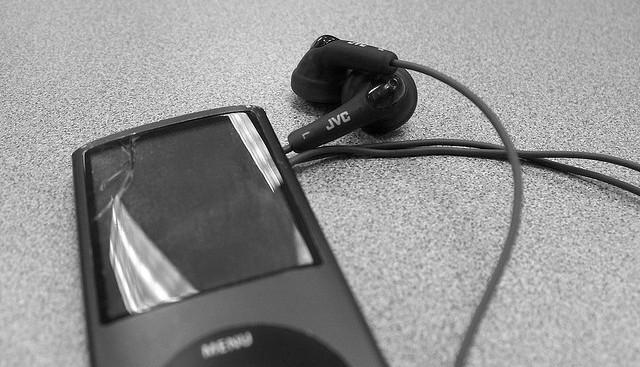 No matter which method you use for exposing yourself to God’s Word, it is critical that you couple it with conversational prayer. The Holy Spirit is in us as Christians, and He doesn’t just listen. He speaks to us.

Take moments throughout your day to talk to God. Talk to him about what you’ve read or listened to or watched. Tell him how you’re feeling and ask him for help in understanding what you’re learning about. Ask him questions. Church always taught us to ask God for help, but only after large amounts of praising him. God wants to hear about our needs, but he also wants to interact with us.

Ask God things like, “Do you love me, God?” You probably know the answer to that question already, but it’s a great way to start getting comfortable with hearing God’s voice.

The combination of God’s Word in scripture form with God’s word spoken directly to you will lead to a deeper relationship with him. Your time spent in consuming scripture will be much more fruitful. The written Word will begin to burn in you (in a good way) because you’ll start to ‘hear’ God’s voice in it and know his heart. You’ll know why he has a coffee maker in his kitchen.

1 Thessalonians 5:16-24 MKJV (16) Rejoice evermore. (17) Pray without ceasing. (18) In everything give thanks, for this is the will of God in Christ Jesus concerning you.

(23) And may the God of peace Himself sanctify you, and may your whole spirit and soul and body be preserved blamelessly at the coming of our Lord Jesus Christ. (24) Faithful is He who called you, who also will do it.

There’s a lot there, and I would definitely recommend going through this scripture and praying about it, but it’s essentially saying, “Focus on God’s presence and let him take care of everything else.” He is faithful and he will do it.