Who Is Your Landlord? Is It Time To Move? (Repentance) 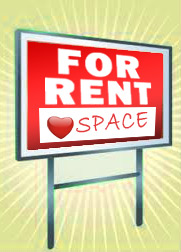 I had a dream about a week ago that God gave me. In the dream, my family was renting an apartment. We were just moving in, and I came home from work, anticipating to walk in and see my wife unpacking. Instead, I walked in the door and see the apartment is filled with sleek-looking electronics equipment. I don’t know what brand it was supposed to be.  It was all black with blaze-orange accents. It was cool, but it was in the way, and vital pieces of our household were missing. Where the stove was supposed to be, there was a pallet of audio receivers. I asked my wife, “What’s with all this?”

“The landlord upstairs asked if we would store it for him,” she said. I asked her why she said ‘yes’, and she replied, “Well, he owns the place.”

I was livid. What kind of landlord would charge rent and then expect us to store his stuff?! “Where are our things?” I asked. She pointed out the window. Out in the parking lot, next to the dumpsters were all of our possessions in boxes, piled up with no one looking after them.

I stormed out the door and began climbing the stairs to confront the landlord. And that’s when I woke up.

God gave me this dream as an illustration of how we keep our hearts. Who is the landlord of our lives, and what does he ask us to store in our hearts?

Most of the world is renting from Satan. Spiritually, as humans, that’s our natural tendency. We may not be Satan worshipers, but if our hearts don’t belong to God, they belong to Satan. 1st John 3 puts it in the black and white terms of sin.

7 Dear children, don’t let anyone deceive you about this: When people do what is right, it is because they are righteous, even as Christ is righteous. 8 But when people keep on sinning, it shows they belong to the Devil, who has been sinning since the beginning. But the Son of God came to destroy these works of the Devil. 9 Those who have been born into God’s family do not sin, because God’s life is in them. So they can’t keep on sinning, because they have been born of God. 10 So now we can tell who are children of God and who are children of the Devil. Anyone who does not obey God’s commands and does not love other Christians does not belong to God.

Satan is a lousy landlord. He constantly shoves his stuff at us, hoping that we’ll say, “Well, okay, you own the place. I guess I’ll throw out the refrigerator and put it right here…”

The things that he brings our way might even look cool. In my dream, the reason why the landlord’s stuff was electronics is that I’m an electronics junky. My initial reaction in the dream, I remember, was a feeling of “Wow, look at all this cool stuff!” But then I realized, “These aren’t mine… Where’s my stuff?”

The Spirit of Jesus that lives in us is a different kind of landlord. He doesn’t force His stuff into our lives. Instead, He offers us gifts. But if we clutter our hearts up with Satan’s junk, or even our own special junk, then there’s no room for the gifts of God. In Matthew 13, there is the parable of the Sower. Seeds fell on rocky places where there wasn’t much soil, so while the seeds sprang up, the plants withered quickly because they didn’t have deep roots. Some other seeds fell among thorns which choked the plants. We can only be fruitful in God and receive His blessings if we make Him our landlord.

So, what do we do if we realize that Jesus is not the landlord of our lives? What if right now, you’re looking at your life, and you’re realizing, “Whose stuff is this!!!??”

In the dream, I got mad! I was going to go confront the landlord.

How do you think that conversation would have gone? The landlord might have said, “Well, if you don’t like it, you can move.” Or, what seems even more like Satan, he might have said, “Oh, I’m so sorry. I thought that you liked electronics. You can use them while I store them in your apartment.” Or, “Oh, I’m so sorry. I’ll remove that stuff right away. Just don’t move out.” And then you know that his stuff would keep showing up in my apartment. Or he would neglect to make repairs to the place, et cetera et cetera. It would be up to me to decide, “No! I’m not going to pay to rent space from this guy,” and decide right then and there that I’m going to find a place with a better landlord. This is repentance!

We frequently simplify repentance to, “O.k. God. I’ll never do that sin again.” Repentance is much bigger than that. Repentance isn’t just refraining from doing bad things. It’s a heart change. It’s MOVING!

If you really want to repent from your sin, you’ve got to say, “Father, from now on, You’re my landlord. I’m getting rid of this other guy’s stuff. I want the blessings and good things that You give to me.”

19Repent, then, and turn to God, so that your sins may be wiped out, that times of refreshing may come from the Lord, 20and that he may send the Christ, who has been appointed for you—even Jesus.

We can’t just say, “Well, I’m not going to do that sin anymore,” and keep going it on our own, moving around from one landlord to another. Galatians 5:17 says

Here, the Bible tells us that we’re not going to get anywhere in life if we try to have it both ways. The Bible says that we can’t serve two masters.

15“The time has come…The kingdom of God is near. Repent and believe the good news!”

We have to have a heart change. We have to MOVE. The Message translation of Mark 1:15 says, “Time’s up! God’s kingdom is here. Change your life and believe the Message.” And as part of that life change, we do need to stop sinning as it says in 1 John 3. In Jeremiah 18:10, the Bible says,

8 and if that nation I warned repents of its evil, then I will relent and not inflict on it the disaster I had planned. 9 And if at another time I announce that a nation or kingdom is to be built up and planted, 10 and if it does evil in my sight and does not obey me, then I will reconsider the good I had intended to do for it.

God has GOOD THINGS, gifts that he wants to give us. Never forget, John 10:10. He has come that we may have LIFE and have it more abundantly. That’s blessings that we won’t get from any other landlord.

Writing this message, I asked myself whether this dream’s analogy really held up. I mean, why do we have to have landlords at all? Can’t we just be land owners? Our own landlords? The Bible explains that’s just not possible. 1st Corinthians says,

19Do you not know that your body is a temple of the Holy Spirit, who is in you, whom you have received from God? You are not your own; 20you were bought at a price. Therefore honor God with your body.

We are not our own! We were bought with a price. My dad is big on home ownership versus renting. Why? Because a renter is beholden to the landlord, they’re almost like slaves living in the master’s house. The Bible says that we were slaves; slaves to sin. We were in debt and could not pay the price, so we were in slavery. But Jesus died and paid for our sins. YOU were bought at a price, and now Jesus is supposed to be your Master. He is our Landlord, whether we like it or not. The question is, will we change our hearts, and move into His house and receive His blessings?